The Grand Strand and the state of South Carolina aren't going to be halting growth anytime soon.

Myrtle Beach was recently recognized by Trip Advisor as one of the top places to visit in the U.S. The recent accolade was based on the 2019 Traveler’s Choice Destinations list, with the Grand Strand ranking in #21. Factors that helped the area earn its' spot on the list include the golf, beaches, family activities and abundance of retirement communities.

On top of being a top place to visit, South Carolina also ranked as one of the top 10 inbound states to move in an annual "National Mover's Survey" compiled through United Van Lines that demonstrated the top inbound and outbound states people were moving to and from (shown below). This correlates with recent headlines last year noting Myrtle Beach as the #1 Destination to Move in 2018 by US News based on statistics analyzing growing metro data. 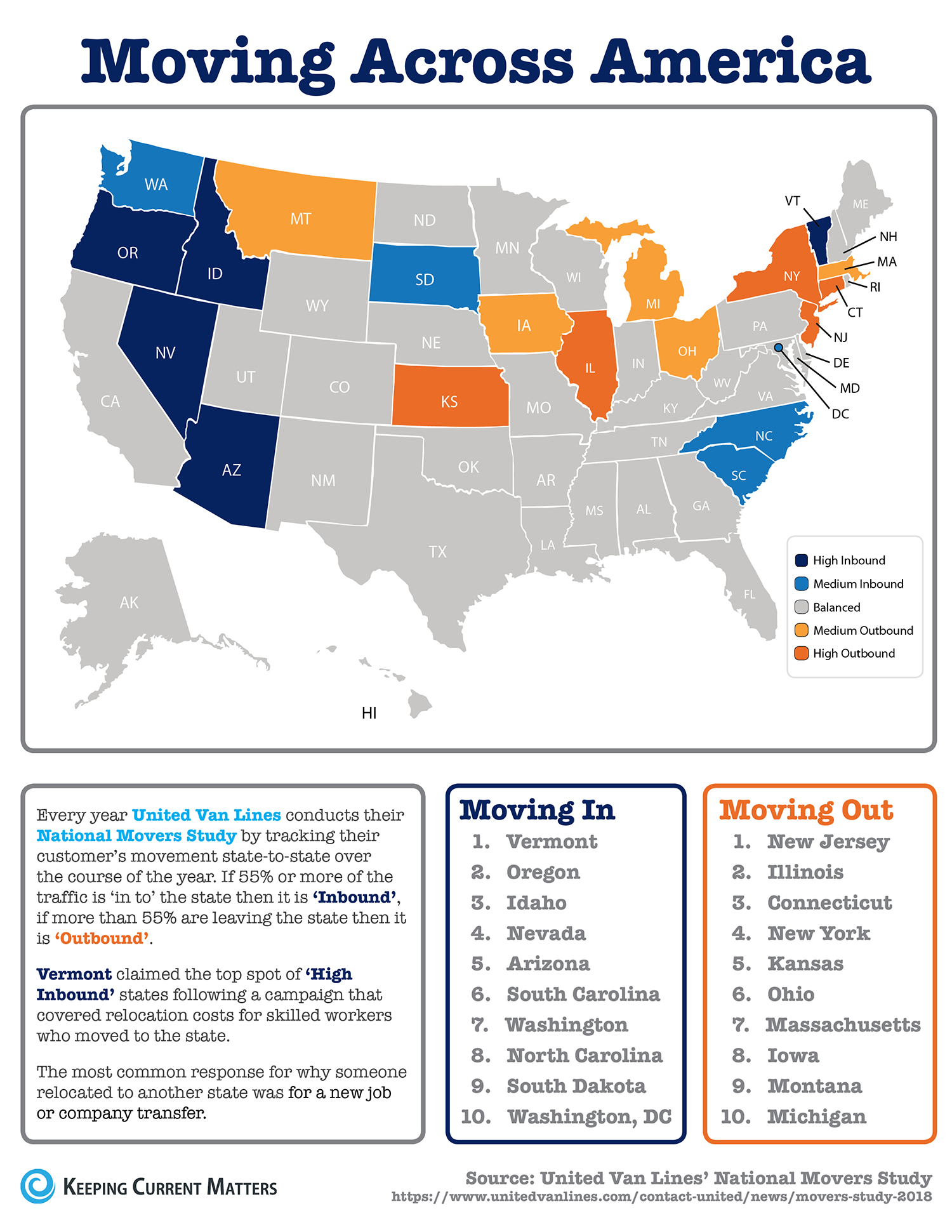 On top of the headlines and reasons South Carolina ranks as a top destination for both travel and to live, the city of Myrtle Beach recently announced continued growth anticipation after an already busy year in 2018. In 2018 permits for nearly 600 single-family homes were issued as well as 51 commercial building units and another 7,300 building permits, all totaling a value of over $350 million. The trend has been an increase each year with it being just over 350 home permits issued in 2016 and 530 permits in 2017. The highest growth areas include by the Grand Dunes and Market Commons in Myrtle Beach. Until the available land is taken, there will still continue to be growth and development.

If you already live in Myrtle Beach or South Carolina, it's also important to note the value in owning versus renting particularly in this state compared to others in the country. While the median home price in South Carolina is just shy of $248,000 (which is above the median price across most of the Grand Strand), the cost of renting in South Carolina on average is $185 less a month. This makes it not only a desirable place to move and to live, but a great spot to own your own home instead of rent.

For more resources about the affordability of Myrtle Beach, Conway, Murrells Inlet, and all along the Grand Strand, be sure to check out all of our Quarterly Market Updates and reports for the area. For more inspiration on why the Grand Strand is a top place to live, you can also check back to these 2018 headlines for Myrtle Beach noting why it continues to be a preferred choice for families and retirees alike.

And as always, for any inquiries on Myrtle Beach area information, neighborhoods, and homes for sale in Myrtle Beach be sure to reach out to Beckham Realty Group at any time!