If year-round sunshine and 60 miles of beaches aren’t enough to coax you to want to move to Myrtle Beach, you’ll want to check out these recent headlines highlighting it’s affordability and highly rated beaches. With credit to Realtor.com, TripAdvisor and U.S. News and World Reports, Myrtle Beach continues to top charts as a top destination where you can enjoy a high quality of life year-round at the beach for a fraction of what you would pay almost anywhere else in the country. Check out these 4 recent headlines that put Myrtle Beach in the Spotlight:

Myrtle Beach was recently put at the top of the list for Top Places to Move in 2018, according to US News & World Report, and mostly due in part to the fact that it continues to top as one of the fastest growing metropolitan areas in the nation. It also tops the list for similar reasons as Florida for its affordability for retirees and working families alike as well as its fantastic warmer temperatures year round. Visit Myrtle Beach also highlighted the mention in one of their most recent published blogs which gives you all the statistics.

A list of 11 top beaches in the state of South Carolina was recently compiled by TripAdvisor and nearly half of them are all right here on the Grand Strand. The list mentions Garden City Beach and Surfside Beach for the family-friendly atmosphere, North Myrtle Beach for its watersports, and the coastal village area of Murrells Inlet for its array of Seafood offerings. Litchfield Beach also is mentioned. 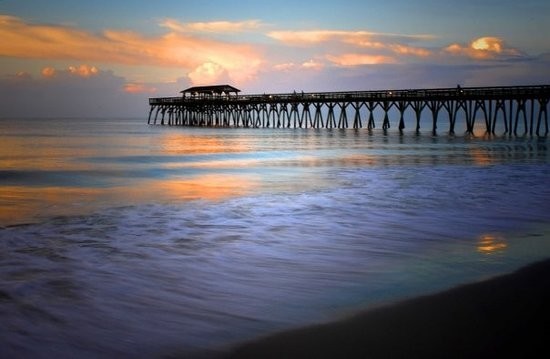 In a recent post published by Real Estate Content Blog Keeping Current Matters, 44 out of 50 states were named affordable, with South Carolina making up an even higher percentage of Much More Affordable States to Live. Stats are based on Payment-to-Income Ratio, The article compares housing affordability today to that prior to the boom and bust. It also notes that while mortgage rates are slightly higher this past year, they are still less than mortgage rates that were topping close to 8% in the 90’s and early 2000’s. While many other states make the “much more affordable” category, South Carolina tops out at a much higher percentage.

Realtor.com Names Myrtle Beach as one of 10 Most Affordable Beach Towns in the U.S.

On top of all the other recognitions, Myrtle Beach also recently made a list generated by Realtor.com for Most Affordable Beach Towns. The rankings took into consideration a combination of 3 factors: Home Listings on their site which mentioned the word “ocean in 900 markets, towns with lowest median prices from Spring of 2017 – 2018, and finally, they even interviewed locals to see if the final contenders were indeed places people would want to vacation, work and spend a lifetime. Out of that list, Myrtle Beach made #5, citing the stretch of 60 miles of beach with plenty of oceanfront condo and home buying opportunities. Myrtle Beach Sun News also published a follow up of the recognition from Realtor.com in a recent article explaining why Myrtle Beach is More Affordable than You Might Think.

If you’re considering a move or retirement in Myrtle Beach, or would simply like some information about the area, you can contact Beckham Realty Group Today at 843-712-2984 to help get you on track.